My research interests are broadly in American law and politics. My scholarship sits at the intersections of American institutions, judicial politics, and political behavior. In particular, I am interested in the ways that interactions between American political institutions and the mass public produce changes in public policy–often with a focus on the judiciary. I have several ongoing research projects that fit under this umbrella.

Much of my current research examines the relationship between the United States Supreme Court and public opinion—both how the Court influences, and is influenced by, the mass public. I am engaged in a book-length project (with co-author Ben Johnson), in which we explore the extent to which the Supreme Court is influenced by public opinion. We argue, contrary to the long-held consensus in political science, that there is no evidence that the Court responds to the will of the people. We theorize four potential pathways of judicial responsiveness: direct justice response, response via a “miracle of aggregation”, drift, and justice replacement. We then use machine learning and time series approaches to show that there is no good evidence for responsiveness via any of these pathways. To take just two examples from the extensive empirical work in our book, the following figures are drawn from random forest models that predict Supreme Court decisions (top figure) and justice votes (bottom figure).

Caption: This figure shows that including information about public preferences does not improve our ability to predict Supreme Court decisions. Consistent with much work in judicial politics though, things like lower court decision and the political ideology of the median justice do substantially improve prediction.

Caption: For most individual justices, including information about public policy preferences in our models does not improve our ability to accurately predict justices’ votes.

Our work clearly shows that the Court is much more independent from the mass public than political scientists have long thought. This research has important implications–especially considering the significant influence the Court exerts in policymaking in the US. Ongoing debates about possible reforms to the Supreme Court should take these findings into account, as our work shows that many suggested reforms would likely not lead to a Court that responds to public preferences.

The Court’s recent rightward turn has many concerned about its institutional legitimacy. In another vein of my work, I consider how Supreme Court decisions influence public perceptions of the Court and how these reactions might matter in our polarized politics. In a recent article, Shana Gadarian and I argue that people judge the Court largely based on its decisions — when they don’t like a decision they view the Court as being influenced by “politics” and corresponding less legitimate compared to those who agree with the outcome of the case in question. In ongoing work, we extend this idea, and argue that the Court’s institutional hybridity (being both a “legal” and “political” institution) enables a unique type of partisan-motivated reasoning: when people agree with decisions, they view those decisions as being based in law; when they disagree with decisions, they chalk them up to “politics” (see picture below).

The Court of (Federal) Claims

The Court of Claims is America’s first specialized court. Since its construction it has heard the vast majority of the money claims citizens, groups, and firms have made against the federal government. The decisions this court makes can significantly influence policy on the ground in many highly salient issues areas, including things like disaster mitigation and vaccine policy. Moreover, in a recent article, Michael Dichio, Ryan Williams, and I argue that this little-known court is critically important to understanding the development of the American state. We are currently in the process of building a comprehensive database of all of the decisions the Court of Claims has rendered over its 150-plus year existence. These data will allow scholars to shed lots of new light on long-standing questions in judicial politics, American political development, and socio-legal studies.

Ben Johnson and I are in the early stages of a large-scale data collection project in which we seek to document all of the assorted activities that fall under the moniker of the “shadow docket.” To date, we have gathered the universe of shadow docket orders from 2005-2021. We present these, and show a couple of cool applications, in a working paper you can read here. The figure below shows some basic trends in four types of shadow docket orders:

Joan Timoneda, Ben Johnson, and I are training natural language processing (NLP) models to distinguish between fact, law, and application in Supreme Court opinions. Ultimately, this work will allow us to solve many thorny measurement issues in judicial politics (and has applications for institutional politics far beyond American courts). To take a couple of examples, these data will allow us to locate individual cases in both “fact space” and “law (or doctrine) space”, to locate decisions (as well as separate opinions) in policy space, and to much more accurately and precisely estimate justices’ ideal points.

I’m also working (very slowly, for the most part) on research projects which seek to understand agenda setting at the Supreme Court; the economic and social impacts of the National Flood Insurance Program; public opinion on civil rights and liberties, including how these interact with tolerance (with Daniel Bennett); practical problems in applied time-series research; as well as both public opinion and policy development in the areas wildlife conservation and ecology. 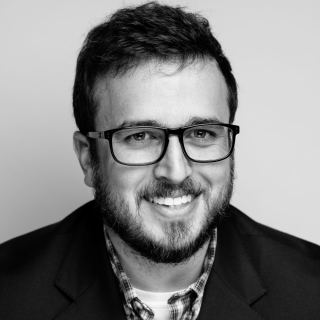 I am Assistant Professor of Political Science at Purdue University. I study and teach American Politics, with an emphasis on law, courts, and policy-making.